When Do You Need a Chimney Cap Replacement? 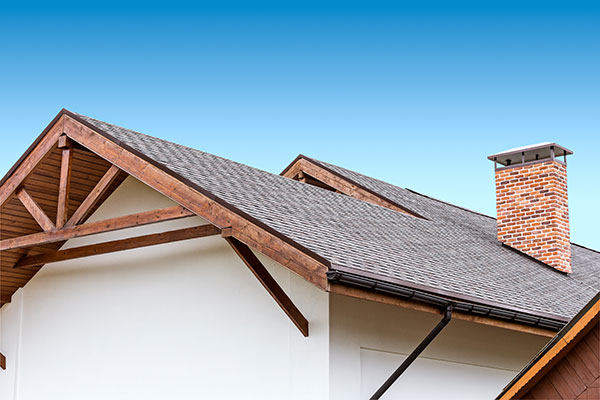 Your chimney cap is a critical but often overlooked part of your fireplace and flue system. Without it, your home would be vulnerable to several risk factors – some of which could be severe. But because many homeowners don’t pay attention to their chimney cap, it can be easy to miss even obvious damage and wear. Knowing when you need a chimney cap replacement or repair can make the difference between a small cost and major interior repairs.

The Importance of Your Home’s Chimney Cap

Your chimney cap is the first line of defense against the outside world. It offers protection against a variety of potential risks to your chimney, fireplace and home.

Your home is designed to protect you from rain and snow – but an uncapped chimney is a direct pathway from the outside into your house. Moisture damage is dangerous because it starts small and rapidly spreads. A small amount of moisture is all it takes to begin subverting the structural integrity of your home.

A chimney cap keeps moisture from directly entering through your flue. Even a light amount of moisture can promote mold growth in your chimney. This mold can spread, causing your home to smell musty and even ruining the masonry or carpentry around your fireplace.

The flue liner is also at risk from moisture damage. Modern, metal flue liners can succumb to rust damage over time, which eventually leads to holes that undermine the protection offered by the liner. When holes begin to appear in a flue liner, they can allow heat to escape the flue and potentially cause chimney fires.

Water isn’t the only thing trying to invade your chimney. Birds, rodents and other wild animals all appreciate the potential shelter offered by a chimney, fireplace or your home’s interior.

Chimney caps feature mesh screening on its sides. This screening is enough to keep even small animals out, while allowing an easy escape from smoke and combustion byproducts.

Animals in your chimney can cause a surprising amount of damage. A chimney flue can be dark and confusing for small animals, which can lead them to panic. In addition to damage they may cause to your flue itself, they can potentially ruin your damper or even make it into your home. If they escape the fireplace into your house, they can either damage your property or even be a danger to your family. You never know what's hiding in your chimney, like these critters we found in Branch County, Michigan.

Nesting animals also pose a unique risk to your fireplace. The materials birds and small animals use to build their nests are highly flammable. A hot fire could easily ignite the nest and allow too much heat on parts of the fireplace not suited for them.

While you may believe that a fireplace should be ready to handle any level of heat, the cap and flue are designed to help control airflow, not direct contact from an open flame. These fires can damage your chimney, masonry or other accessories to your flue system.

In addition to nests, the world around your home is full of potential flammables that could make their way into an unguarded chimney:

A build-up of debris in your chimney poses more than just a fire risk. These obstructions interrupt the flow of air and smoke from your fireplace, which can result in a few different issues:

Carbon Monoxide Poisoning – If dangerous byproducts from combustion can’t escape the flue, they’ll flow back into your home. Carbon monoxide is one of these potential gases, and it can be deadly.

Fireplace Backpuffing – Poor airflow can cause a sudden rush of smoke and ash to puff back into the room from your fireplace. Cleaning the results isn’t fun, and the ash or smoke can be dangerous to your respiratory health!

Chimney Fire – Obstructed chimneys are another potential source of chimney fires that may damage your home or even cause your entire house to catch fire.

Some homeowners, during their first chimney inspection or after a fireplace problem, discover that they don’t have a chimney cap at all. While chimney caps are a necessity for safety and protection, they aren’t technically necessary for the operation of your chimney. We would never recommend going without one, however!

In other cases, severe weather or natural disasters can knock or rip off your chimney cap. It’s important to inspect your home, including your roof, after harsh storms or high-winds.

Over time, the metal on your chimney cap is likely to begin developing rust spots and other water damage. While inevitable, rusting shouldn’t be ignored. Harsh weather and debris can rip through rusted metal, and animals looking for a temporary home may try to work their way through rusted spots as well.

In some instances, minor rust spots can be repaired versus replacing the entire chimney cap. The best way to catch rust damage before it worsens is with annual chimney inspections. It’s much easier to catch and treat these problems early and may save you from needing a complete chimney cap replacement.

Impact damage or other weathering can cause cracks to form in your chimney cap. Once your chimney cap begins to crack, it will worsen over time. These cracks allow rain or melting snow to easily seep through into your flue.

If the damage extends to the mesh siding of your chimney caps, it may allow smaller animals or debris to find their way into your flue as well.

Rely on a Professional for Your Chimney Cap Replacement

Chimney cap replacements aren’t typically a DIY job. In addition to finding the right chimney cap for your home, you’ll want to rely on a professional due to the danger involved with working on your roof.

An improperly-installed chimney cap can be ineffective at best, or a risk to your safety at worst. In addition to installing the chimney cap, a professional chimney sweep will be able to identify other risks or potential dangers while they’re working on your chimney.

The CSIA-certified experts here at Doctor Flue offer chimney services and products in Michigan and Ohio and can inspect your chimney and identify any potential risks. Contact us today! We’ll get you set up right away so you can have peace of mind.

This entry was posted in Chimney Caps, Chimney Repair, Common Fireplace & Chimney Problems and tagged chimney cap, Chimney Inspection, Chimney Repair. Bookmark the permalink. Follow any comments here with the RSS feed for this post. Both comments and trackbacks are currently closed.