What Causes a Leaning Chimney? Is My Home at Risk? 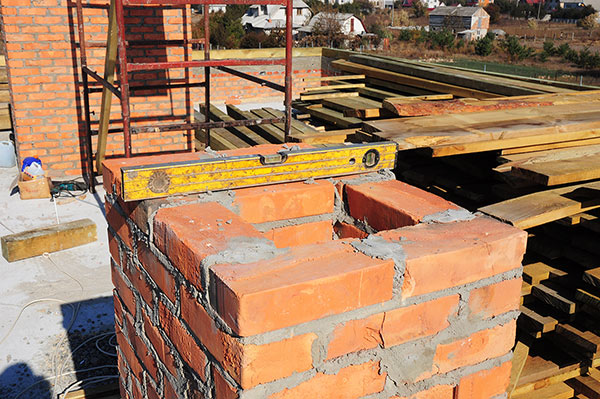 Your chimney weighs thousands of pounds. So, when it starts doing an uncanny impression of the Leaning Tower of Pisa, you don’t want to ignore it! Tilted or leaning chimneys are a serious risk to your safety and your home. Learn what causes a leaning chimney and what you need to do to prevent it from causing additional damage.

Signs That Your Chimney is in Danger

The most obvious sign of a leaning chimney is to actually see it leaning. In its early stages, a small tilt may be unnoticeable without a level or tools. But as it continues to pull away from your home, it will become much more obvious.

By the time you can see a leaning chimney without looking for it, you’re likely close to a critical issue. This is one of many reasons why regular chimney inspections are so critical. A chimney expert can catch a tilted chimney early and help prevent it from causing any damage to your house’s interior or exterior.

Older homes are often more likely to experience severe leaning. Doctor Flue services the Ann Arbor, Michigan area, which has plenty of stunning 19th century homes. It’s not uncommon for the chimneys in these homes to be tilted due to decades of wear on the chimneys and foundations below.

Your chimney will extend past the roof, where the siding transitions into the roof. As a chimney begins to shift, it will damage the nearby area as well. Gutters, shingles or any other roof material near your chimney could start showing signs of damage or even fall off.

In some cases, the siding or roofing can be hanging off, making it easy to spot. However, the damage won’t always be so obvious. Take a look around your chimney from time to time!

Clear Gaps Between Chimney and Wall

In addition to the damage caused by your shifting chimney, the space it used to occupy will be left open. Even a small gap can put your home at risk, and it will increase in size over time.

The larger the gap, the more likely it is for moisture or other damage to invade your home from this new, vulnerable spot. If you’re house shopping, keep a look-out for gaps like this!

Common Causes of a Leaning Chimney

Every leaning chimney is a little different, but there are a few common causes that lead to them.

The concrete underneath your chimney is critical to its stability. With the thousands of pounds of brick resting above, the concrete needs to be sturdy with properly installed rebar to support it. The moment that this foundation begins to fail, it sets off chain-reaction where it will continue to crack and fall apart until your chimney crashes down.

During harsh winters, the freeze-and-thaw cycles also cause significant damage to an existing foundation. Even strong foundations can be susceptible to these cycles, which is why it’s important to keep an eye out for damage during the winter in temperate climates like those around the Great Lakes region.

Sulfur Damage to the Mortar

In some cases, chimneys may lean from the top. In most cases, this happens to chimneys venting gas from oil appliances. The cause is due to sulfur in the oil mixing with water. When it condenses, it forms sulfuric acid that damages and deteriorates the mortar and promotes swelling from moisture. Taller chimneys present with a more visible lean.

While the sulfur is the direct cause of the deterioration, the root issue is a chimney that’s not protected by a modern flue liner. With a flue liner installed, the mortar won’t be as susceptible to contact with sulfur byproducts. As long as your chimney liner is in working condition, it will be protected.

As the foundation weakens, your chimney’s weight will become more difficult to hold in place. This can start the process towards a leaning chimney. More importantly, once this process begins, it will only get worse until you have a professional come to fix it.

How to Fix Restore Your Chimney

Unfortunately, repairing a leaning chimney is no simple matter. In some cases, homeowners will try to “fix” the spaces by filling them with caulk or other construction fillers. Unfortunately, the weight and size of a chimney is too much for them to have any real effect. At best, they’ll temporarily keep some moisture out. If the chimney isn’t repaired, it will pull the caulking away too.

There are a few ways to approach the chimney repair, depending on what type of damage is present:

Foundation Repair – When the foundation is not adequate, but the chimney is only barely leaning, it may be possible to use pins or other foundation repair methods to stabilize the foundation and help prevent further leaning.

Complete Reconstruction – In severe cases, the only safe option is to completely deconstruct and reconstruct the chimney

Worried That Your Chimney is Leaning – Call Doctor Flue!

The earlier you identify a problem with your chimney, the better! Contact us today to schedule an inspection to help keep your home safe and your fireplace ready for winter.

This entry was posted in Chimney Repair, Chimney Services, Common Fireplace & Chimney Problems and tagged Chimney Inspection, Chimney Repair. Bookmark the permalink. Follow any comments here with the RSS feed for this post. Both comments and trackbacks are currently closed.