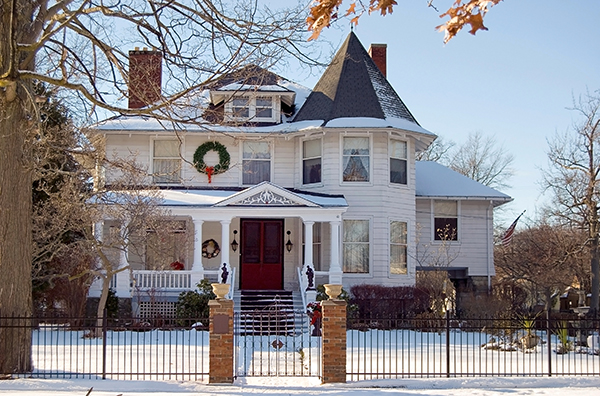 We hear the word essential a lot these days. When it comes to older home construction one thing that wasn’t considered essential was chimney liners. However, chimney liners are a must for the safety and integrity of your chimney and your home. They aren’t suggested, they are considered a necessary part of construction for a safe chimney in modern homes.

The lack of chimney liners is one of the biggest risks in older home construction and one of the most of old common old chimney problems. Unlined chimneys can lead to:

When you think of chimneys, bricks naturally come to mind. While brick is considered tough, it isn’t invincible, and neither is the mortar that holds that brick construction together. While brick and mortar won’t last forever, there are some common old chimney problems related to masonry that can be addressed to prolong the life of your chimney:

Chimneys can lean or start to crack as older homes settle. Problems can range from the potential collapse of the chimney itself to the increased chance of a fire. As mentioned earlier, the common lack of a liner in older chimneys only compounds the potential for chimney fires when they begin to crack or lean. Repair for your chimney should be addressed sooner than later.

Stately old, historic homes, like those in our area of southeast Michigan, have chimneys with masonry that has sustained nearly a century of weathering. The brick exterior of an older chimney will eventually wear down after years of constant assault from the weather.

Another old chimney problem stems from the weather. Here in southeast Michigan, the freeze and thaw cycle can be brutal on older masonry. You’ve seen what one winter can do to Michigan roads; this back-and-forth between weather extremes can affect a chimney’s safety and functionality.

The porous nature of brick leads to its susceptibility. When moisture is absorbed into the bricks during cold weather, the freeze and thaw cycle can cause moisture to expand inside the brick which weakens it. Over time, bricks can break and lose chunks, a process known as spalling.

There is certainly beauty in these older homes. However the safety standards, especially regarding fireplaces, just weren’t the same as they are today. The older your home - especially those built in the 1940s and earlier – the more likely the risk of a home with potential pyrolysis complications. Pyrolysis refers to the gradual increase in flammability risk. Long-term exposure to heat from frequently used fireplaces can slowly dry out nearby wood in the construction of a home. Chimney liners help prevent old chimney problems like Pyrolysis.

With older construction you have homes that were built without chimney liners. After decades and decades of constant fireplace use, the flammable construction materials near the fireplace become so dry that they can ignite easily. This is one of the main reasons chimney liners are considered a necessary part of construction for a safe chimney in modern homes.

If you are unsure if your historic home is at risk for Pyrolysis or if it has a chimney liner, a chimney inspection is the first step in addressing - and avoiding - old chimney problems.

Schedule an Inspection of Your Chimney Today!

Our CSIA Certified Chimney Sweeps will inspect your fireplace and chimney to make sure your chimney liner is in excellent condition, or to schedule an appointment to install a new liner if necessary! Contact us today! We’ll get you set up right away so you can have peace of mind.

This entry was posted in Certified Chimney Sweeps, Chimney Repair, FAQs and tagged chimney cleaning, chimney damage, chimney inspections. Bookmark the permalink. Follow any comments here with the RSS feed for this post. Both comments and trackbacks are currently closed.